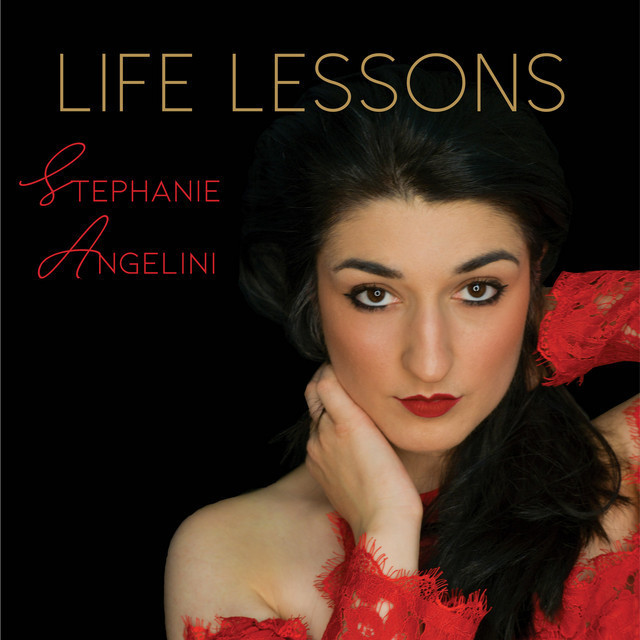 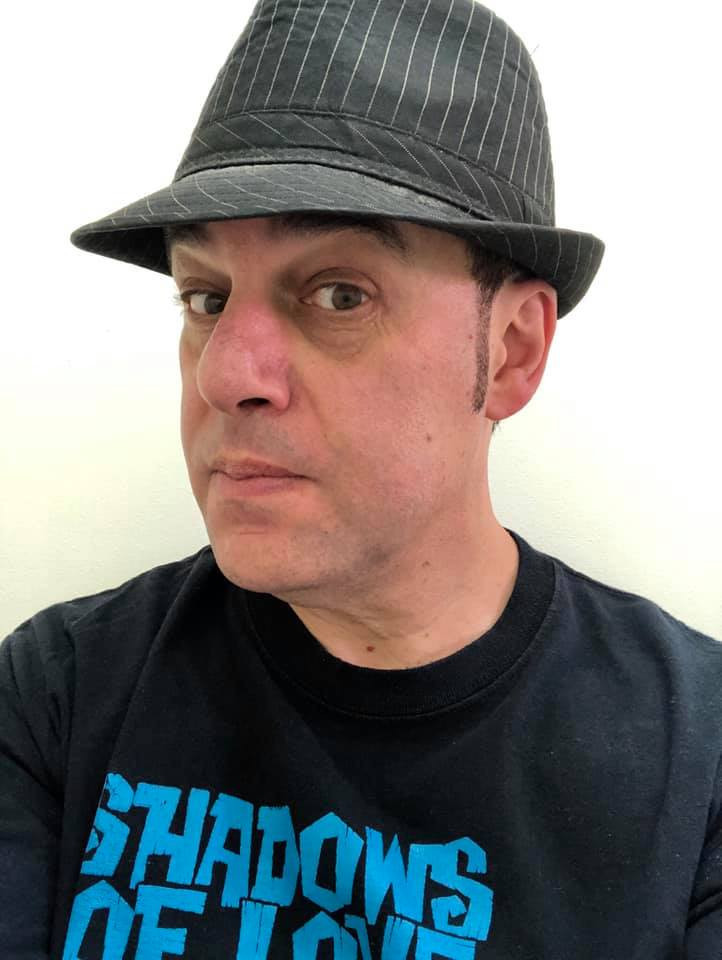 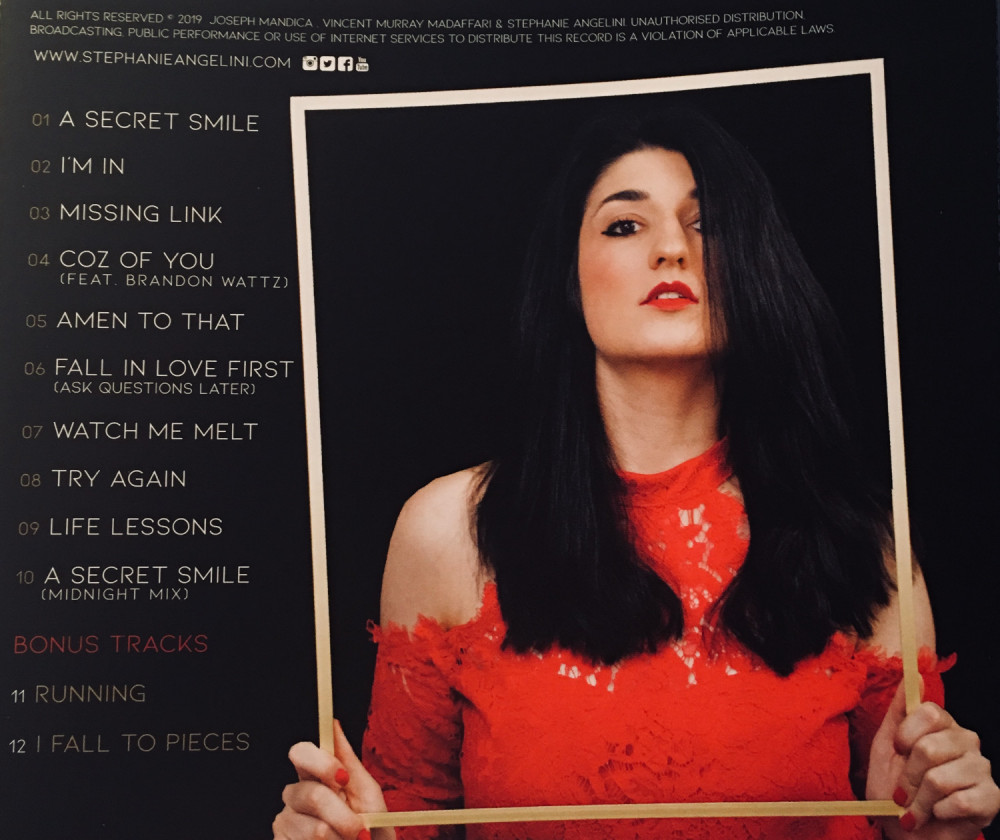 Life without love is merely existence. It's love that gives our existence meaning ; it's what makes our lives worth living.
But don't we know all too well that love leaves us vulnerable; with all the lessons which love teaches us, will we ever learn?
Yet, it's the chance we're willing to take, time and again, to use these lessons to give life meaning.
Australian Stephanie Angelini's magnificent latest album, LIFE LESSONS, wisely doesn't attempt to define love; rather it describes the effects love has on us.
Co-writing and co-producing the album are legendary American producer/musician/ songwriter, Preston Glass, and Melbourne, Australia's premier producer/musician/songwriter, Joe Mandica.
As fans of R & B and soul are already aware, Preston's resume reads like a Who's Who of popular music; Mr. Glass has produced and written chart-toppers for the likes of Aretha Franklin, Natalie Cole, Kenny G, Earth Wind & Fire, Jermaine Jackson, and now, Ms. Angelini.
Mandica's credentials date back to the seventies, including two recent albums, JOE MANDICA PRESENTS GROOVES and THE INITIATIVE, in which his songs are interpreted by some of the finest performers in the Australian pop music scene.
Glass, Angelini, & Mandica in Los Angeles during a break
in the recording of LIFE LESSONS
The collaboration on the LIFE LESSONS album of these three multi-talents is one of musical perfection.
Stephanie begins her album with its first single, "A Secret Smile." Her vocals will send chills down your spine. Her sad, almost desperate, "I love you, I need you, I want you" delivery draws us right into her corner; we're with you, Stephanie, because we've also been there; we, too, want to "...forget the past and try to love again." Mandica's crying sitar (along with his electric and acoustic guitars), Glass's Eastern flute and cello, and the excellent supporting cast of musicians, including Andrew Burns on harpsichord and "Tiki" Pasillas on udo, conjuga, and percussion all fuse into a heart-rending experience sure to produce a few teardrops to go along with those chills.
...And this is only the opening song!
"We make such good harmony," Angelini croons on "I'm In," and thanks to her vocal accompanist on this song, Angel Rose, we're all in. This is classic Glass/Mandica artistry: a dreamy, celestial piece of music. Fall into your partner's arms on the dance floor, place a head on a shoulder, and lose yourself in Craig Thomas's sax solo.
Wait! Who gave you the OK to leave the dance floor? Time to get those feet moving!
A total Motown Temptations/Four Tops choreography seems appropriate with the first grooves of the next song, "Missing Link." Stephanie's versatility, along with her subtle vocal "growl" at strategic points in the tune puts us full-blown in a Detroit frame of mind. Is there no end to the songwriting versatility of Messers. Glass and Mandica? In a word, NOPE!
Brandon Wattz lends some backing vocals to Ms. Angelini's lead in "Coz of You." Stephanie fluidly hits those high notes...the ones that send shivers, remember? Drop in some flirting from Craig Thomas's sexy sax and Andrew Burns's keyboards, and the album's flawless pop sensibilities have us firmly wrapped around its intoxicating fingers.
Speaking of flawless, Stephanie Angelini's name could just as easily be
"Stephanie Angelic," as her voice is a gift from the heavens above. And that's a good thing, because the next track is the gospel-flavored, percussive "Amen To That." Not quite disco, but certainly on its cusp, "Amen To That" would have fit perfectly in a Studio 54 set list from yesteryear. Angel Rose once again joins Stephanie on backing vocals, and Preston Glass plays all the instruments (as he does in the next track, also)!
The melange of vocals on LIFE LESSONS never quits. A breathy, breezy offering is used to great advantage on "Fall In Love First (Ask Questions Later)." For as many times as the consequences of love, in both their beauty and unpleasantness, have been on display throughout the album, our hopelessly romantic songwriters and vocalist lead with their hearts. Their advice to us fellow hopeless romantics? It's all in the song's title...
A touch of country awaits us on "Watch Me Melt." It brings us straight to our knees; it's an aggressive acceptance of that uncontrollable feeling - the flipside of "A Secret Smile," if you will. A veteran of Mandica's INITIATIVE and GROOVES albums, Grace Marino offers backing vocals. And listen for another "Stephanie subtlety" in "Watch Me Melt," as she brings to mind a bit of LeAnn Rimes's "Blue" vocal presentation.
Another veteran of Mandica's albums, Fortunato Isgro, backs Angelini's vocals on "Try Again."
"Don't try to fight those feelings / It's the way love wants to go / Say you'll try one more time...Say that you'll try again." Drums, guitars, bass, and strings? All courtesy of Joe Mandica on this track.
Picture in your mind a Broadway musical drawing to a close. The lead singer sits alone at a piano, pouring out her heart to the audience, about the life lessons she's learned: "What went wrong / You and I / Love was strong / Then it died."
But if we've learned anything from LIFE LESSONS, it's never give up hope: "Life's lessons must be showing me a sign / Something I'll learn in time."
You won't want this album to end. Luckily, we're treated to three more tracks after the "finale," "Life Lessons."
First, there's a "Midnight Mix" of the opener, "A Secret Smile." (A nice touch!)
Then an additional tasty treat from Stephanie Angelini follows. Her original composition, "Running" (with Stephanie on acoustic guitar) showcases yet another facet of her vocal style.
The final track on this amazing album is a faithful cover of the Patsy Cline classic, "I Fall To Pieces."
Stephanie Angelini, Preston Glass, and Joe Mandica.
Thank you for this masterpiece, and thank you for reminding us to never stop giving love a chance.
LIFE LESSONS is a MUST-HAVE.